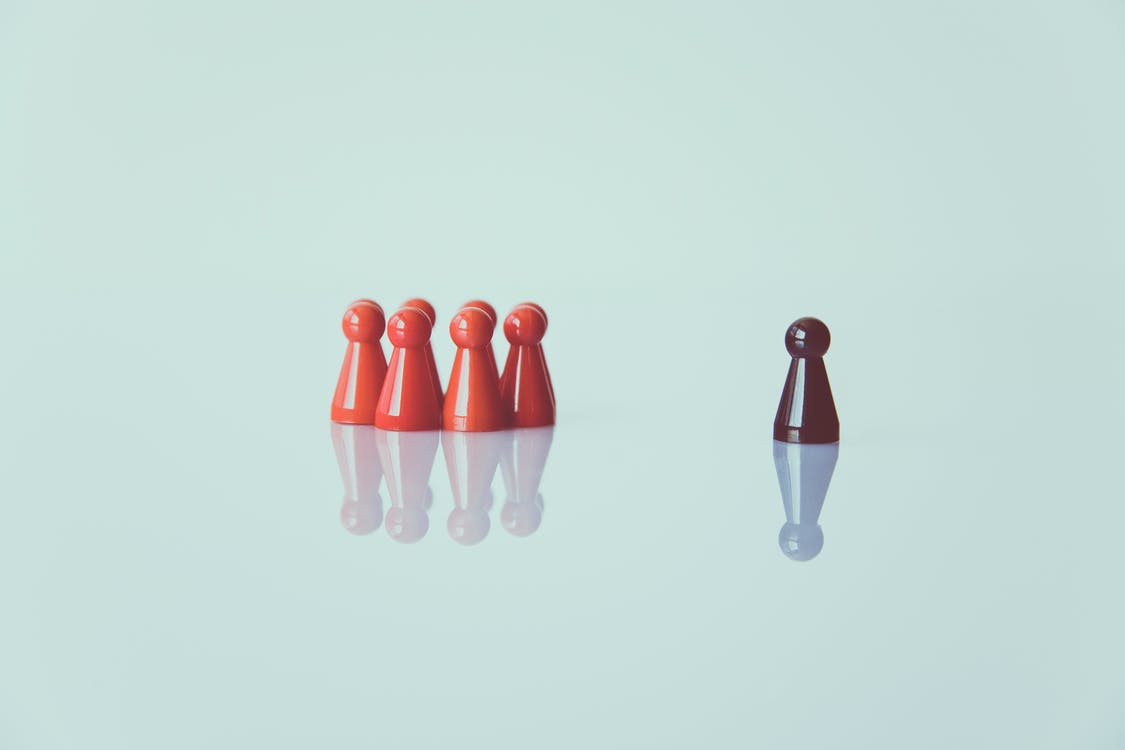 The power and pain in being different

Life is not easy when you are different to most people around you. Then again, neither is pretending you are someone you are not, in an attempt to fit in. Trust me, I know.

As a young girl (say four-years-old), much to the disappointment of certain family members, I had no interest in playing with tea sets and wearing dresses. I never had a yearning to paint my face with make-up and I definitely didn’t think about my future wedding. Of course, I must note I am writing about all of the stereotypes commonly associated with young girls.

From as early as I can remember, I wanted to be the first female Australian Football League (AFL) player. This was well before the AFLWomens (AFLW) League so playing football for a living wasn’t really achievable in the 1990s. I spent my childhood kicking or bouncing a ball. I don’t recall having any female friends… the earliest memory I have of other girls was going over to play at my mum’s friend’s house and being very aware that I was not like the other girls. Even though I was only six-years-old at the time, the feeling of being ‘different’ and on the outer was evident and that feeling stung.

What I wasn’t aware of at the time is that my childhood would prepare me for what was ahead. I may not be a six-year-old clinging on to a Sherrin football anymore but even as a 33-year-old at the time of writing, I am very different to most people my age. My early years in the workforce reiterated what was expected of me and for some time, I did my best to conform to these expectations. While working in my first ‘proper’ job, it was made crystal clear to me that if I didn’t wear high heels, as well as skirts and dresses, there was no place for me among the leadership team. Sadly, as a naïve twenty-something who wanted to progress in my career more than anything, I went along with what was expected without questioning anything. I bought expensive heels I could barely walk in. I made an effort to wear more feminine clothes (whatever that means), even though I felt ridiculously uncomfortable and walked like an absolute goose in them (plus, I had a habit of getting one heel stuck in grass blades consistently). I did exactly what I needed to do… even though doing so made me completely miserable. I’ll never forget being told, “[enter name] said you’re really pretty but it’s a shame that you’re not a little more feminine.”

I wish I could say that once I moved on and into another role, things changed. Sadly, they did not. In fact, my next direct manager was possibly worse. She reveled in comparing me to Amy from the TV comedy series, The Big Bang Theory. Mainly because of how I wear my bag across my shoulder – let’s just say this comparison was definitely not meant as a compliment. At the time, I was incredibly offended, however, since better acquainting myself with The Big Bang Theoryand Amy’s character more over the years, this comparison makes me smile. As a 33-year-old, I am similar to Amy in terms of how I don’t allow others to dictate how I show up in my life.

This brings me to 2021. That feeling of being on the outer and not belonging has never really gone away, if I am being completely honest. However, instead of fighting this realisation or attempting to contort myself to ‘fit in’ with the rest of the world, I accept that I am different. And that being different is a beautiful thing. The issue is that from a young age, we are taught to be like everyone else. Here’s a question for you: think of anyone who’s iconic. What makes them so special is that they are an innovator. They don’t conform. They’re not scared to rock the boat. They challenge people’s thinking. Oprah Winfrey. Steve Jobs. Maya Angelou. The list goes on.

I remain hopeful to continue connecting with like-minded others. The universe has a strange but wonderful way of working. Others who enjoy their alone time. People who have no interest in living a part life simply to avoid admitting they are different.

I won’t lie. Being different can be confronting and painful at times. However, your differences and life experience are your superpowers. Never allow anyone else to make you think or feel otherwise.

Over to you, when have you felt like you’re on the outer in life?

Sign up to receive my latest posts via email.